You’re a professional, and professionals have to be good at their job, right? Professionals don’t make mistakes, they are always thinking 5 steps ahead, and they deliver. So why are you, a person who is claiming to be a professional, falling so far behind, and getting overwhelmed? Why is your project going off the rails, and your client getting frustrated?

Failing is normal – natural, even expected. You can’t be an expert on everything all the time, and even when you are an expert, mistakes happen all the time. It’s an unfortunate side effect of being human – sometimes we make mistakes. Even more unfortunate is that our clients are also human, so sometimes the mistake doesn’t come from us at all. Sometimes there isn’t even a mistake anywhere at all, and things can still fail.

Your job as a freelancer is to be an expert-for-hire. Obviously clients who are paying for an expert expect a level of quality that they couldn’t achieve themselves. This can lead freelancers to present themselves as an expert on all aspects of a project, even parts that they’re not particularly comfortable with. As a result, it’s common for a freelancer to promise delivery of a service that they’re almost wholly unqualified to provide. Once they realise their mistake, they’ll double down on work (obviously at no extra cost to the client), and end up delivering a sub-par product, or just not delivering at all.

Where does failure begin?

The first step towards failure is ignoring the signs that it’s coming. Even when it’s entirely unavoidable, recognising it early can turn “nothing got delivered, and now I’m dodging client calls,” into “95% is up and running, and we’ll re-asses the remaining 5% later.”

Worse than the fear of failure is the fear of admitting failure, because that leads into the world of impostor syndrome, and the fear that you’re not really a professional at all. This fear of appearing unprofessional leads to the worst decision making you’ll ever perform, and only serves to set you up for bigger failures in the future. I have personally handed out days of work, entirely free, because I was afraid to admit to a client that I made a mistake while quoting. This either led to me under delivering on the final product, or over delivering, and setting unrealistic expectations for future work.

Avoiding a difficult conversation isn’t making you more professional, it’s preventing your client from strategising, and ensuring that things will be much worse later. Even if you’re able to “hide” it from your client, you’re doing so at the cost of your own mental health (and often your financial wellbeing).

In reality, not all failures are equal. Sometimes they can actually be beneficial, or even intentional. In the start-up world, there’s a mantra of “fail early, fail often” – essentially “find out if something won’t work before you invest too much time and energy into it.”

While this isn’t an ideal philosophy for life, it can inform your decision making process, and help you to actually be more professional. The absolute worst time to surprise your client with a failure is the day that the project is due – the second worst time is the day before. Keeping your clients informed allows them to make decisions early, and mitigate any damage caused. Surprising them with bad news when it’s too late to respond to it will only sour the relationship.

Seasoned professionals fail frequently, but have processes in place to communicate, adapt, and mitigate failures. It often looks like they’re super-stars who can do no wrong, because instead of falling, they fail with style. They accept that some things are outside of their control, but put into place strategies to mitigate the potential fallout. They find when something won’t work early, and look for something else that will. They don’t avoid failure, they accept that it’s just a part of the process, and use it to learn and grow.

So the next time that you’re feeling overworked and underpaid, think about how you got there – what steps you could take in the future to avoid it again. Think about how even the largest companies fail frequently, but in small ways. Remember that just because you can’t see someone struggle doesn’t mean that they aren’t. Most of all, remember that you’re just human, and no matter how much knowledge or experience you have, some things are simply outside of your control.

Communicate your failures early. Communicate them often. Don’t just communicate them with your client, but talk about them with your community and your peers. Maybe if we all talk a little bit more about how we’re not perfect we can start to break down some of the stigma that causes impostor syndrome, and causes a real drain on our mental health. Then maybe we can learn how to fail better instead of less.

For more tips, tricks, and thoughts on freelancing, please look through our other posts.

This site uses Akismet to reduce spam. Learn how your comment data is processed. 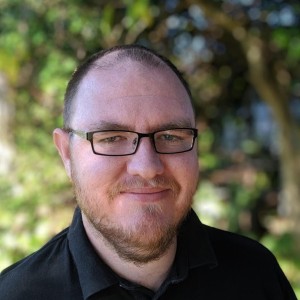 Sam is a web developer who has been freelancing since 2011.

© Freelance for Fun and Profit